Do you want to keep a piece of history? Good, in less than 10 hours you will be able to participate in the auction on eBay to get hold of a Apple-1really rare piece equipped with all the original components and that like plus also has the signature of Steve Wozniak. Useless from a technological point of view, but in terms of prestige and uniqueness it is certainly an element that will affect the final price of the product. After all, even the handwritten serial number by Steve Jobs on the Apple-1 sold at auction last month helped to draw more attention to the rare example.

In short, rare yes, but no unique pieces, because of Apple Computer 1 a total of about 200 had been produced, but some of these were destroyed by Apple itself in what we could call the company’s first trade-in (it withdrew Apple-1 to incentivize the next model). The one going up for auction is owned by Jimmy Grewal, one of the largest collectors of Apple products and founder of The AAPL Collection in Dubai.

It is estimated that there are around 80 Apple-1s in circulation to date.

Machine number 89 – from Apple-1 Registry – is fully functional and in excellent condition, and it was probably the first Apple product to come out of North America. They are included: 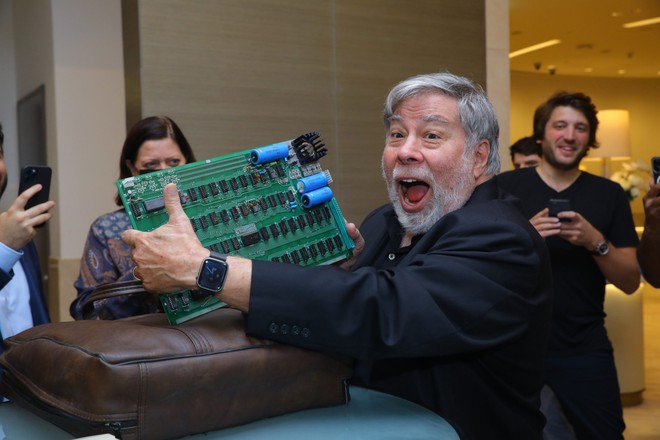 Small note on the Woz signature: it does not date back to when the computer was made, it is much more recent. And precisely it was added in 2021 when collector Jimmy Grewal met Steve Wozniak in person and asked him to sign the CPU. Apparently the co-founder of Apple was very surprised, as the Apple-1 was indeed in perfect condition and worked correctly. 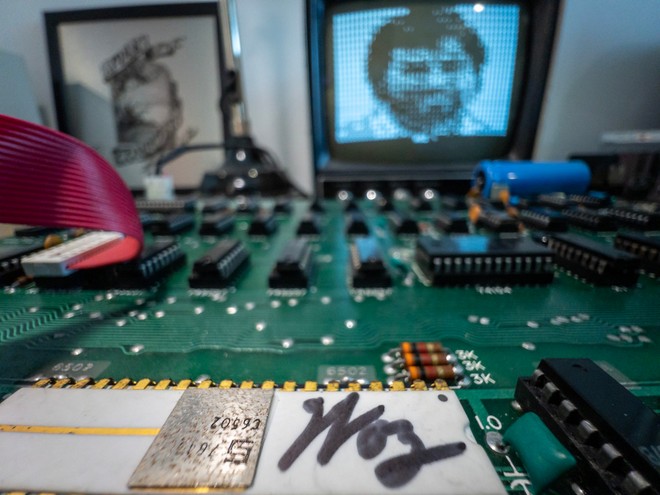 Apple-1 with Woz’s signature and his image on the Sanyo monitor.

Are you ready to argue? Click on the link in SOURCE as soon as the auction is open.