Land Rover led to the debut there new Defender 130 with 8 seats which goes alongside the current models 90, 110 and commercial Hard Top. Thanks to the greater length and the three rows of seats, this car is able to offer more versatility to those who need a lot of space on board. The new Land Rover Defender is offered only with 6-cylinder petrol and diesel engines equipped with the Mild Hybrid system. While we are writing, the Italian price list has not yet been communicated. As soon as accurate information arrives, we will update the article. 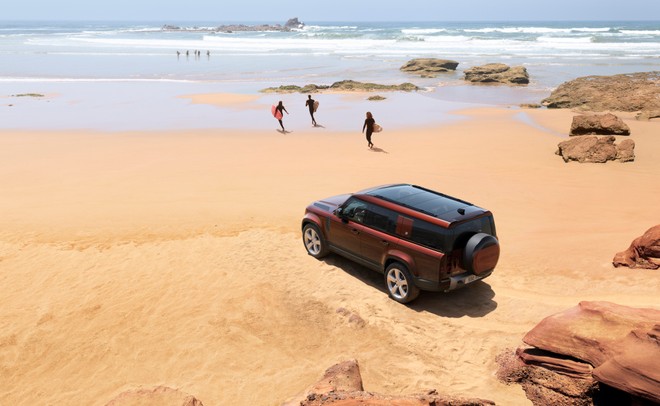 In order to accommodate up to 8 passengers on board, the new Land Rover Defender 130 presents one 340 mm longer rear overhang. This made room for the third row of seats. Overall, the new model measure 5,358 mm long x 2,008 mm wide x 1,970 mm high, with a wheelbase of 3,022 mm. The trunk it has a capacity of 389 liters in the 8-seat configuration, of 1,232 liters with the third row folded and of 2,291 liters with the second and third rows of seats folded.

Size aside, the look of the new 8-seater Defender 130 is always that of all Defenders. It can be purchased in the SE, HSE, X-Dynamic and X trim levels. In addition, the First Edition version is also available to customers of the English brand, which is characterized by the presence of some exclusive details including specific colors.

As for the interior, we find the digital instrumentation and the Pivi Pro infotainment system with 11.4-inch touch screen and OTA updates. In addition, Land Rover has integrated the system Cabin Air Purification Plus which purifies the passenger compartment air by eliminating allergens, odors and viruses.

To maximize occupant comfort, each row of seats can count on its own climate control system. With an extra 340 mm, the third row of seats also offers space for three adults. To access it, the second row of seats must be reclined. 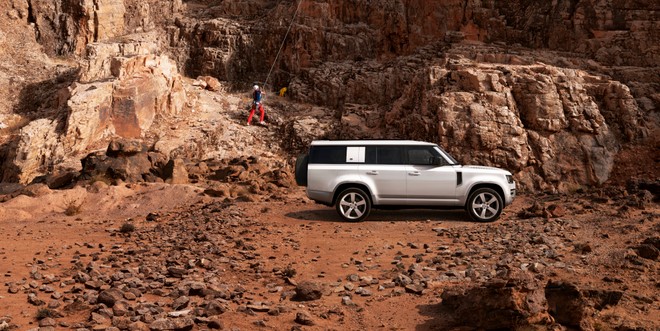 All Defender 130s come standard with the iAWD all-wheel drive Land Rover and the eight-speed ZF automatic transmission. IAWD technology effectively manages the distribution of torque between the front and rear axles, optimizing on-road efficiency and off-road capability as needed.

Each model features electronic air suspension with Adaptive Dynamics and the advanced Terrain Response system for off-road driving. Depending on the version, the towing capacity reaches up to 3,000 kg.