There are many types of robots, from those that crawl to enter the narrowest tunnels to those that the tunnels – of Pompeii – control them daily as tech guards. And then the walking robot remotely controlling it the smallest in the world. The research was published in Science Roboticsand it is truly amazing.

It has the form of craband was made by a research team of the prestigious Northwestern University (Illinois, USA). It is small, indeed, extra smallbecause it hardly fits half a millimeter. Also in this case the potential repercussions are many, because robotic systems of this size may soon be able to arrive where the human being cannot, even inside our body.

FOR MEDICINE AND INDUSTRY 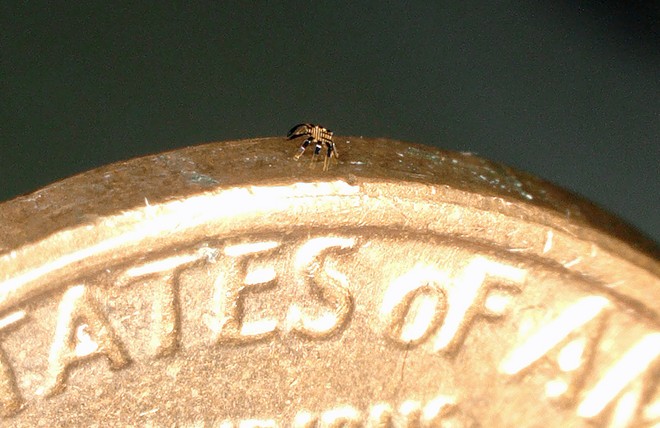 No hardware or complex hydraulic mechanisms: the robot is based on elastic resilience of his body and bends, walks, jumps and moves perfectly. And all this on a micro-scale: “We could imagine micro-robots as agents to repair or assemble small structures or industrial machines or as surgical assistants to clear clogged arteries, stop internal bleeding or remove cancerous tumors, all with minimally invasive procedures.“- John A. Rogers, first firm signing.

EVERYTHING IS IN THE MATERIALS

It is made with a material “in shape memory alloy“, and it is this specific material that makes the robot work and move: every time it is heated by a laser beam resumes its original form. The formation-deformation of the micro-body is guaranteed by a very thin coating in elastic glass, and this passage from one phase to another (from the deformation to the original “remembered” shape up to the subsequent deformation, and so on) allows the robot to move. Depending on the direction of the laser scan, the robot moves to the right or to the left. 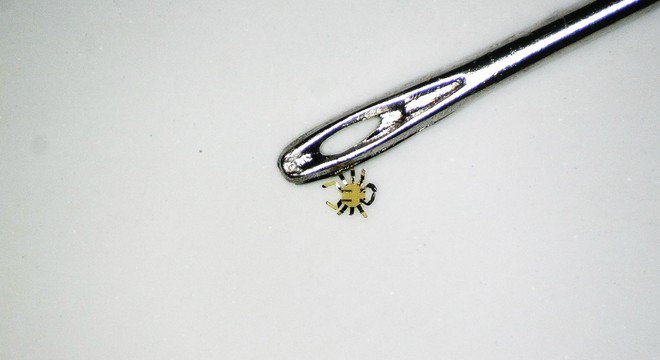 The engineers who developed the little robotic crab say it can move. “at an average speed of half its body length per second“, that is to a quarter of a millimeter per second (0.0009km / h).”This is very difficult to achieve on such small scales for ground-based robots“admits Yonggang Huang of the research team.

The smaller the robot, the faster the formation-deformation passage is and the movements are faster. As for its construction, the researchers say they took inspiration from children’s pop-up books, with the “legs” tied to rubber substrates. A process that now opens the door to further research for the creation of similar solutions but with different sizes and shapes.